People who are lesbian, gay, bisexual, or transgender (LGBT) are members of every community. They are diverse, come from all walks of life, and include people of all races and ethnicities, all ages, all socioeconomic statuses, and from all parts of the United States. The perspectives and needs of LGBT people should be routinely considered in public health efforts to improve the overall health of every person and eliminate health disparities.

In addition to considering the needs of LGBT people in programs designed to improve the health of entire communities, there is also a need for culturally competent medical care and prevention services that are specific to this population. Social inequality is often associated with poorer health status, and sexual orientation has been associated with multiple health threats. Members of the LGBT community are at increased risk for a number of health threats when compared to their heterosexual peers. Differences in sexual behavior account for some of these disparities, but others are associated with social and structural inequities, such as the stigma and discrimination that LGBT populations experience.

Gay, bisexual, and other men who have sex with men (MSM) represent an incredibly diverse community. However, these men are disproportionately impacted by syphilis, HIV, and other sexually transmitted diseases (STDs). The resources on this page provide an overview of the impact of STDs on MSM as well as prevention and treatment information.

Gay and bisexual men are part of a very diverse community. They have both shared and unique experiences and situations that affect their physical and mental health needs as well as their ability to get high quality health services. Lesbian and bisexual women are part of a diverse community with various health concerns. While all women have specific health risks, lesbian and bisexual women are at a higher risk for certain diseases than other women.

Transgender is an umbrella term for persons whose gender identity or expression (masculine, feminine, other) is different from their sex (male, female) at birth. Gender identity refers to one’s internal understanding of one’s own gender, or the gender with which a person identifies. Gender expression is a term used to describe people’s outward presentation of their gender. 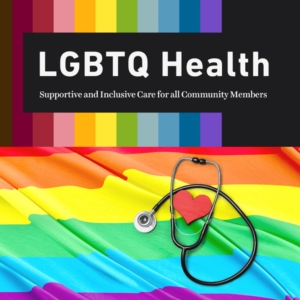 Alcohol Use and Your Health Amnesia
Scroll to top