According to Traditional Chinese Medicine (TCM), qi is the vital energy that circulates through the body at all times. Practitioners believe that a qi deficiency is linked to the spleen and that rest and eating certain foods can treat the imbalance.

The concepts of TCM are not based in modern science but have their roots in ancient Chinese practices. TCM includes herbal remedies, acupuncture, and exercises such as tai chi or qigong.

While there is no scientific proof for qi or a deficiency of qi, many people understand these terms as ways to describe issues in the body as a whole — rather than taking the rigorous route that medical science does.

In this article, we will explore what a qi deficiency is, its symptoms and causes, and how it might be treated with rest and diet.

What is a qi deficiency?

According to TCM, qi is life force or vital energy. Everything in the world is made up of qi, including the physical body and the feelings a person has.

Followers and practitioners of TCM believe that to be balanced in life and free from physical or mental health issues, a person must have balanced qi. They suggest that illnesses or other conditions only appear when there is a qi imbalance or deficiency in the body.

The National Center for Complementary and Integrative Health (NCCIH)define qi as a vital energy that flows through the body, helping to maintain a person’s health. The NCCIH are interested in the ideas of TCM but do not focus on specific concepts, such as qi. Instead, the NCCIH take a more scientific view, looking at how these practices affect the body and their use in symptom management.

What are the symptoms?

A general qi deficiency may cause some overall symptoms of fatigueand illness.

A 2015study published in the Journal of Traditional Chinese Medical Sciences uses the following five signs and symptoms to diagnose a qi deficiency:

The study also outlines a range of possible factors that can lead to a qi deficiency.

The authors suggest that there could be a link between qi deficiency and aging.

Some practitioners believe that there is a relationship between qi deficiency and chronic medical diseases and their complications, such as heart disease, hypertension, or stroke.

Qi deficiency may also result from using too much qi in daily life. Many people in the western world are constantly working or on-the-go, leading busy lives, leaving no time to relax.

According to TCM, leading such a stressful life with little downtime may quickly drain the body of vital energy, making a person more susceptible to qi deficiency and the illnesses that follow. Think of qi deficiency as being burned out, a condition that can cause the symptoms and conditions associated with stress.

TCM places great importance on treating the body as a whole rather than merely managing symptoms. Where western medicine might treat tiredness with stimulants, such as coffee, TCM concerns itself with addressing the issues causing the fatigue in the first place.

There is little quality scientific research to support topics such as qi and qi deficiency, and most of the evidence for treating qi deficiency is anecdotal.

That said, many people may find relief from symptoms by making some changes in their diet and lifestyle to support their qi balance or using alternative therapies, such as acupuncture.

People with qi deficiency may work too hard, are always on the go, and never have downtime. To help balance the qi in the body, many TCM practitioners recommend a heavy focus on rest.

People with a qi deficiency may have a tendency towards stress and may benefit from improving their sleep patterns. A study published inExperimental Neurobiologyreports that excessive stress is bad for both the body and the brain. Stress may activate the brain at night, making sound sleep difficult.

Reducing stress levels may help a person sleep better and have more energy or qi throughout the day. Try to find a set time to go to sleep and wake up each day, and aim to get at least 7 to 9 hours of sleep each night.

Best foods for a qi deficiency

To balance qi, TCM practitioners recommend eating foods that are good for the spleen.

A healthful diet for a balanced qi includes:

Foods that are good for spleen qi include yang tonic foods and qi-circulating foods. According to TCM, these foods might warm the spleen and increase energy flow to the body.

Foods to eat for spleen qi include:

Foods to avoid for spleen qi include:

In western medicine, the spleen is considered a non-vital organ. It is a small organ that helps filter blood and is part of the immune system, but people can live without it.

In TCM, the spleen is central to digestion and is considered a vital organ. The spleen is said to pull qi from all the foods we eat and deliver it to the rest of the body. When a TCM practitioner suspects a qi deficiency, they often look to treat the spleen first.

TCM pairs the stomach and spleen as the sources of digestion and the digestive system as a whole. Any imbalances in the spleen qi would create what western medicine calls gastrointestinal issues.

Spleen qi deficiency may cause symptoms such as:

Other types of qi deficiency

Symptoms of a heart qi deficiency may include:

Symptoms of a lung qi deficiency include:

Symptoms of a kidney qi deficiency include: 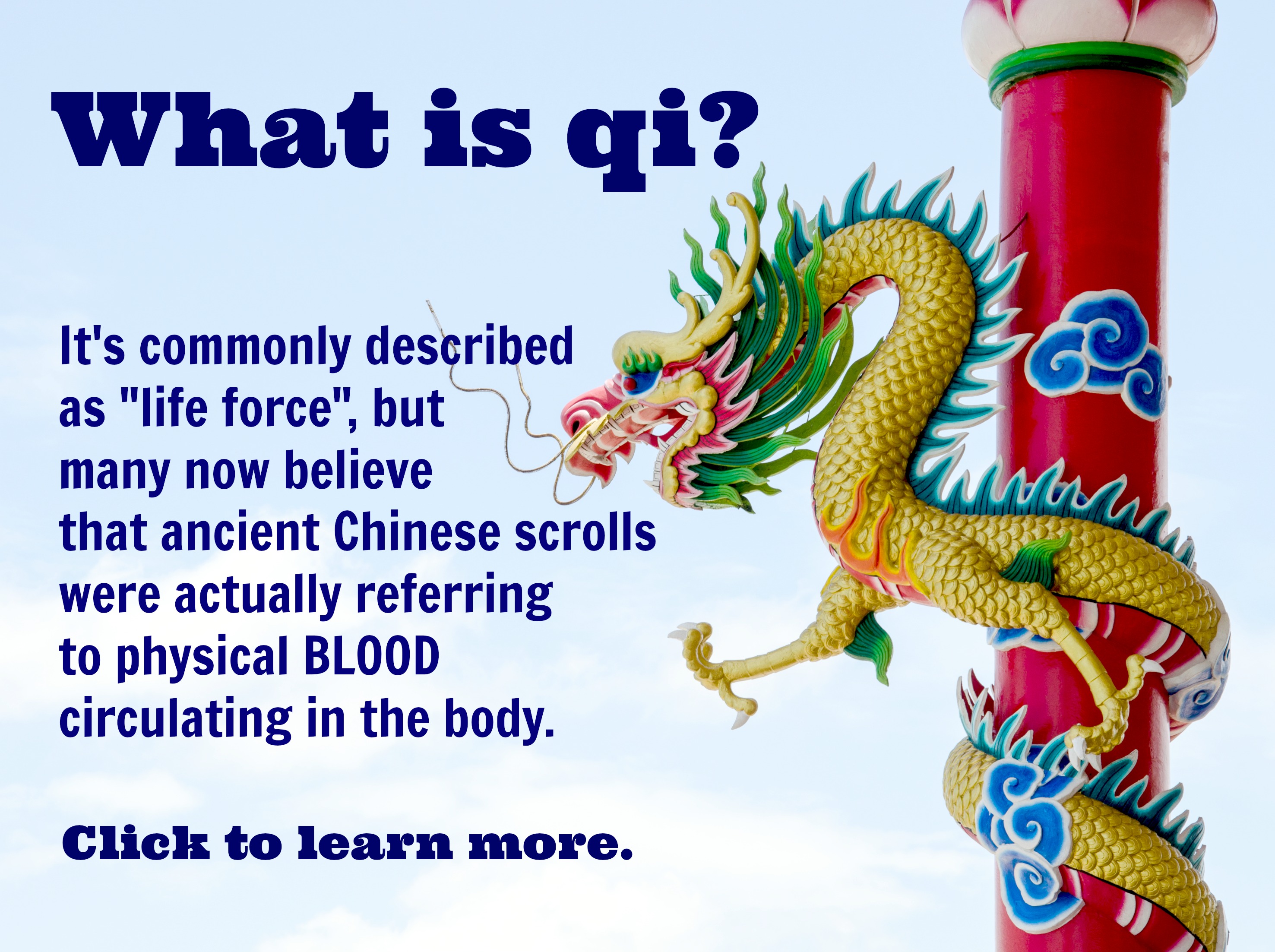